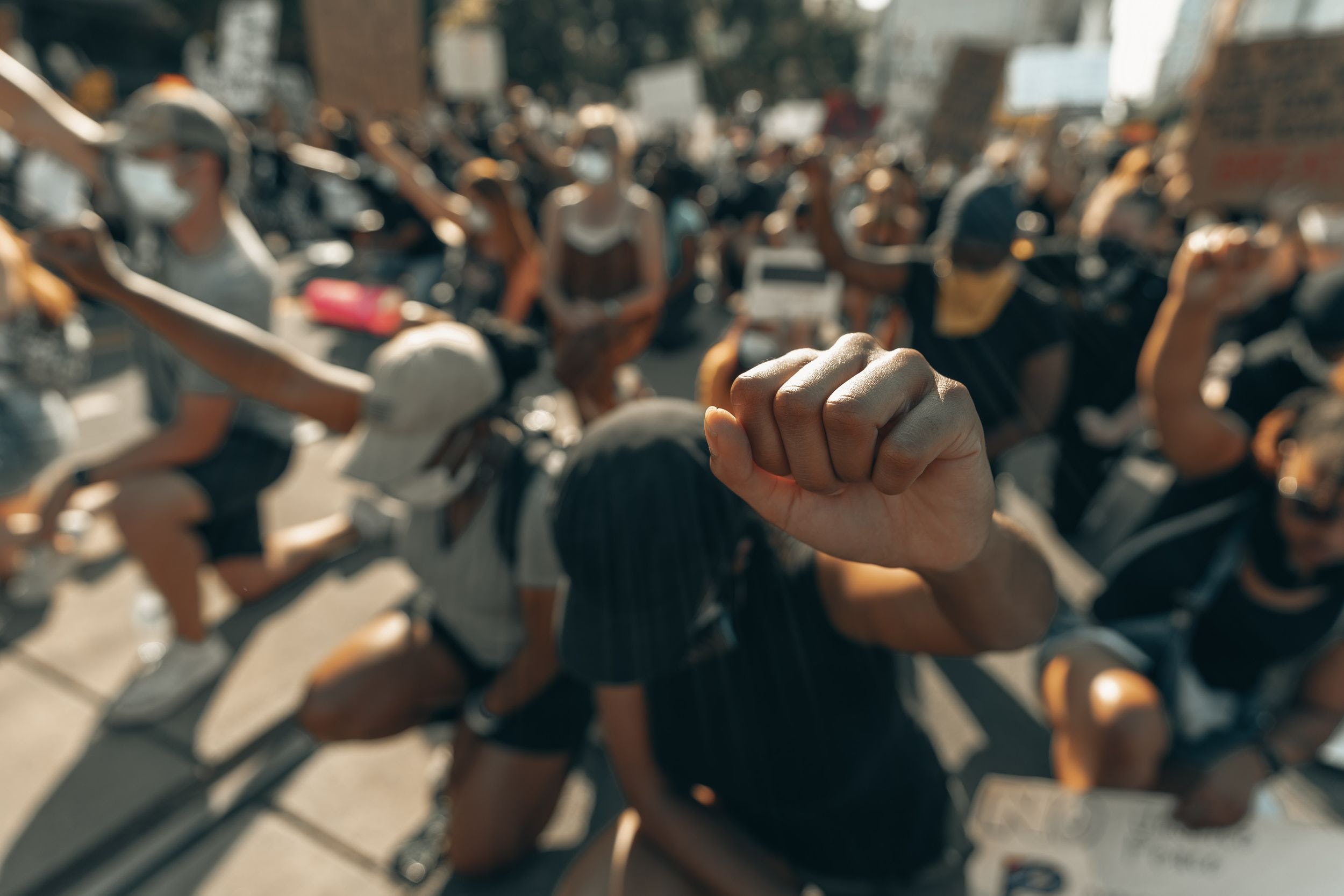 645 Ventures Speaks to This Moment in Time: Our Long-term Plan to Combat Systemic Racism

645 Ventures Speaks to This Moment in Time: Our Long-term Plan to Combat Systemic Racism

As an institution founded and led by African-Americans who celebrate diversity and equal opportunity, we were again heartbroken by the excessive use of deadly force and racism exercised by the Minneapolis police force that resulted in the killing of George Floyd. We were equally heartbroken by the deaths of Ahmaud Arbery and Breonna Taylor, both of which were fatal shootings of unarmed African-Americans who had been profiled due to their race.

While being heartbroken and saddened, we were not surprised by these events. Unfortunately, we have had encounters over the course of our lives where we were subject to racial profiling by the police and ordinary citizens. These events have also frequently occurred in the lives of our black friends and family members.

In addition, over the course of our lifetimes, we have seen numerous occurrences of attacks on black lives. The names are well-known: Rodney King, Amadou Diallo, Sandra Bland, Michael Brown, Tamir Rice, and Eric Garner. These incidents do not teach us to paint policemen and policewomen with a broad brush. We know that the majority of police officers aim to do their job well, and to protect and serve. But we also know that there are some police officers who have little regard for the safety and lives of African-Americans.

We have witnessed many protests over the course of our lifetimes, following police brutality against black people. There were many protests following the Rodney King, Mike Brown, and Eric Garner events, and dating back even further in history there were the Watts Riots of 1965 and the Detroit riots of 1967. In these moments, protestors have stood up for long-term, systemic change. Too often, their voices have been squelched or drowned out by individuals seeking to demonize them, individuals with false motives which leave allies and supporters unable to recognize that systemic change is required.

But there is tremendous value in protest and firm dissent. In the words of Martin Luther King, Jr., describing his opposition to the Vietnam War, “We are at the moment when our lives must be placed on the line if our nation is to survive its own folly. Every man of humane convictions must decide on the protest that best suits his convictions, but we must all protest.” (1)

We are now witnessing protests of many types and forms against racism that are larger than we have seen in history, which have the potential to drive step function change in our society. The confluence of the devastating impact of COVID-19, which has taken a disproportionate toll on African-Americans, combined with disturbing videos that have laid bare racial violence in America, appear to have struck a human chord resulting in a wide reaching outcry for allyship and alignment to fight against injustice that is crossing racial and socio-economic lines. It is this type of mass awakening that has historically served as a catalyst for social justice, creating another open window of opportunity for people to work together to drive real change.

When speaking to our parents and elders in our community--many of whom vividly remember or took part in the civil rights movement--they recall this type of broad-reaching alignment of interests across racial lines, combined with political unrest, following the assassination of Martin Luther King Jr. on April 4th, 1968. These widespread protests helped lead to long-standing legislative and social changes.

As an example, on the day following MLK Jr.’s death and the start of the Holy Week Uprising (i.e. protests and riots that followed the King’s assassination), President Johnson wrote a letter to the United States House of Representatives urging passage of the Civil Rights Act of 1968, which included the Fair Housing Act, preventing discrimination in housing. On April 16th, just 12 days after King’s death, there were negotiations that brought resolution to the Memphis Sanitation Strike, an initiative and topic of MLK’s final speech before he was assassinated. What we know is that during the midst of the chaos, sadness, and tragedy, important social and legislative changes can be made by groups of people working with focused intent.

After taking time to reflect on our own personal experiences with racial injustice, speaking with our friends and family, and embracing the diverse perspectives of our 645 team members, we developed and initiated a plan for how our organization will respond. We have listened to and spoken with leaders in the black community, our LPs, and our advisors and mentors, all of whom have provided valuable input and perspective.

First, when we commit to supporting organizations or causes, we anticipate making a long-term commitment to driving value and seeing results. This is important in holding ourselves accountable while providing the duration needed to see things through, given the intractability of many important problems. This allows our support to be measurable and also enables us to address a specific problem from multiple angles and through multiple organizations (i.e. non-profits, etc.).

For example, as a firm one of our key long-term focuses over the years has been supporting broad change in the education, mentorship and training of young people, particularly African-American kids. Our support of SEO (Sponsors for Educational Opportunity) and All Star Code has enabled us to attack this problem in a multi-faceted approach, and we will continue to support these organizations.

We are now establishing our firm’s long-term commitment to supporting policing reform to save lives from police brutality. Our dedication to this cause will evolve over multiple years; however, we are planning to begin our journey through the following three initiatives.

We are early in our efforts, and we look forward to receiving input and guidance as we build and scale our program. Please don’t hesitate to get in touch with us.

Photo by Clay Banks on Unsplash