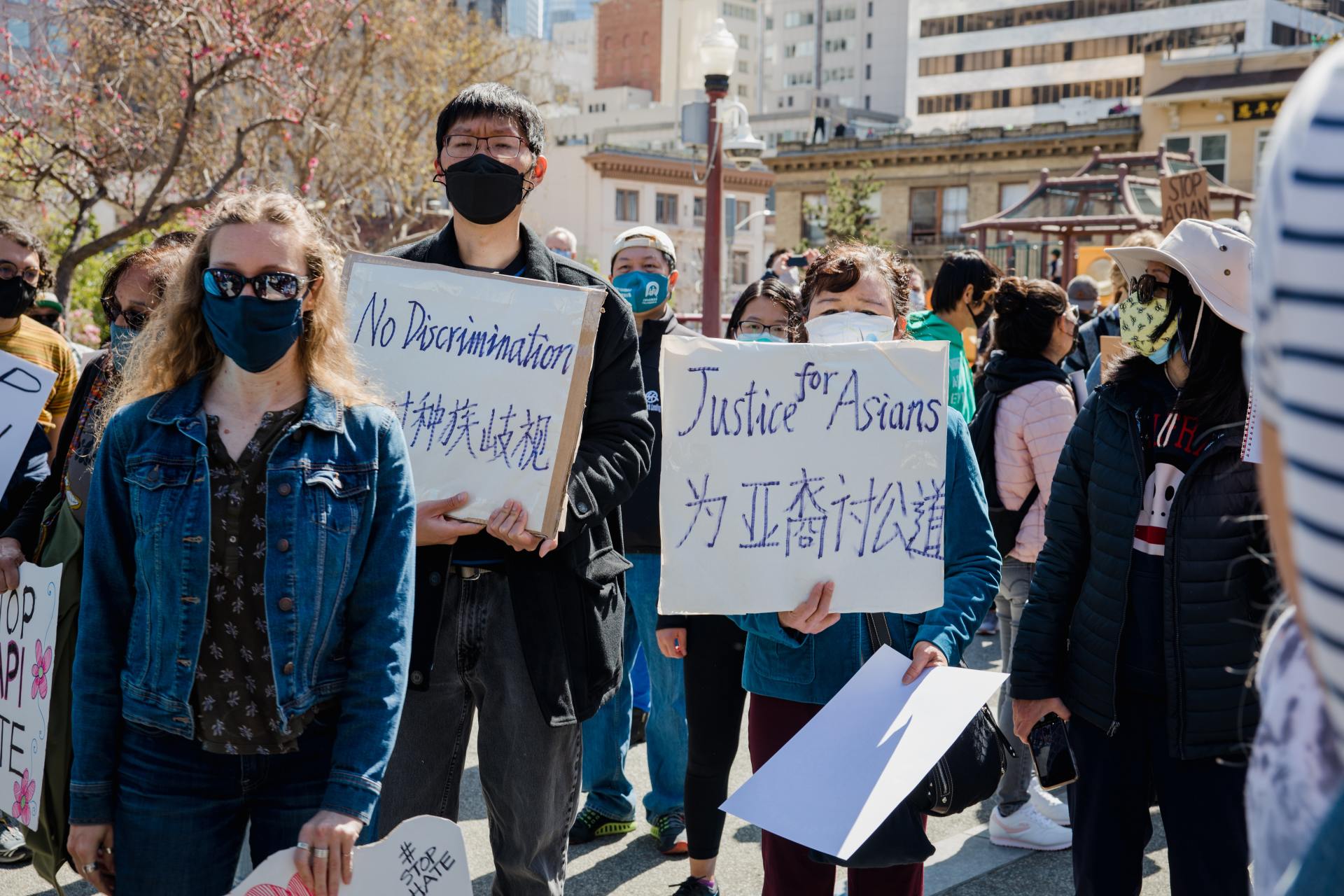 Early in February, we learned about the unprovoked attack on Mr. Vicha Ratanapakdee, an 84-year old Thai man who had recently received his coronavirus vaccine. After being shoved, Mr. Ratanapakdee hit his head in the fall and died shortly thereafter. That attack is just one of many hate crimes, assaults, and senseless acts of violence against Asians and Asian Americans that have increased since the beginning of the COVID-19 pandemic. The Center for the Study of Hate and Extremism reported a 150% increase in hate crimes against Asian-Americans in 2020 in America’s largest cities. The lack of responsiveness from local police and prosecutors has been frustrating, and many of those individuals have not taken the assaults seriously, failing to see that many incidents have been racially motivated hate crimes.

Journalists and commentators have emphasized how the rise in these hate crimes was catalyzed by COVID-19 combined with the rhetoric of Donald Trump that emboldened hate, but this behavior and sentiment didn’t begin with the former president. Hate crimes, violence and misogyny against Asian-Americans have been occurring for years. So, in early February, we started to reach out to some of our closest Asian and Asian-American friends to make sure they were OK, to share that we love them, and to learn from their perspectives about what is going on. What we heard was that this type of racism, bullying, and anti-Asian hate wasn’t new, and that the predispositions have been a long-standing problem in America.

One month later, on March 17, we were extremely saddened by the domestic terror that played out in Atlanta’s spa shootings. Whatever mental health issues may have played a role in the suspected shooter’s actions, they were inextricably linked to problems of systemic racism and misogyny in our society. It is no coincidence so many of the victims were women of Asian descent. To begin solving these types of problems, we have to change the minds of people, and make sure policy and law is properly enforced when these hate crimes occur.

We deeply empathize with the feelings of fear and caution that our friends in the Asian community (and their family members) have about the safety of their elderly, women, and children. We are thankful for our Asian friends who opened up to us and shared their stories over the last couple of months. It is clear to us that there is a lot more we can do beyond just being empathetic. We need to stand and take action.

Last year we released a statement titled 645 Ventures Speaks to This Moment in Time: Our Long-term Plan to Combat Systemic Racism. While that was a response to the murders of George Floyd, Breonna Taylor, Ahmaud Arbery, and other victims of police brutality against African Americans, we intentionally focused our efforts on a “long-term plan to combat systemic racism.” The aim of our statement was to be inclusive in how our support, philanthropy, and network can benefit society.

We outlined three specific initiatives at the end of last year’s statement: (1) Direct Organizational Support by picking organizations to stand behind over the long term, (2) Bold Collaborations with LPs where we work with our investors to fight against racial injustice, and (3) 645 Cares as an awareness tool as new founders and LPs hit our website daily.

We have reached out to a select group of our institutional LPs to explore if they have initiatives tackling these issues and if we can engage in any collaborations to help drive awareness for them. We are already in the process of organizing long-term plans to work with some of our LPs to combat issues of hate and misogyny. Below are the organizations that some of our institutional LPs are supporting to combat violence, hate, and misogyny against Asians.

Lastly, we will add a new organization to our 645 Cares initiative that will focus on long-term solutions to the root cause of hate and misogyny that we are seeing rise in the Asian community. The mandate of this organization will also encompass hate crimes against other groups. We will be patient and thoughtful ahead of choosing an organization by taking our time to get to know them and exploring the best ways that we can be supportive. We have set up an initial meeting with the CEO of Facing History and Ourselves, an organization that uses history lessons to challenge teachers and students to stand up to bigotry and hate. We will be meeting with other organizations over the coming months ahead of finalizing our decision.

We continue to be early in our long-term efforts to fight against racism, and we are deeply appreciative of everyone who continues to stand behind us.