The 645 Team is growing! Check out our open role for Head of Talent. 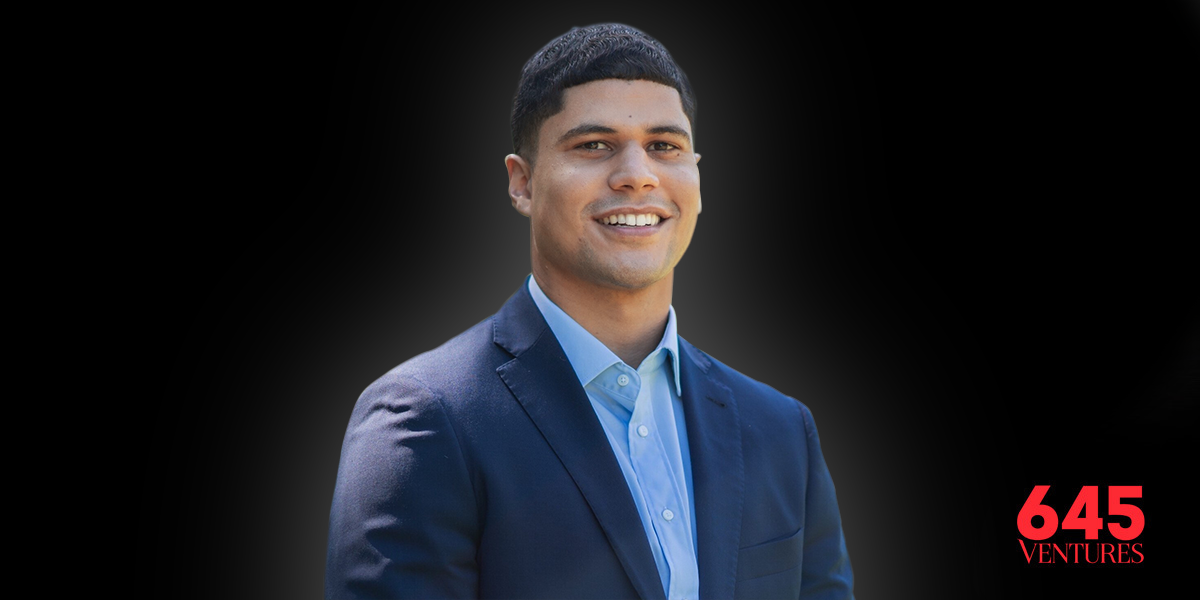 We’re pleased to announce that Jon Smith has joined 645 Ventures as the newest member of our Investment & Research Team. We’re particularly excited about Jon because he represents 645’s effort to foster relationships with individuals through multiple touch points as they build their careers in venture capital. Jon’s hiring also represents our scaling up to evaluate and re-invest in companies that have reached significant product-market fit at the Series A and B stages.

We first met Jon during his studies at Harvard Business School (HBS) after he was introduced to us by Jon Ma, fellow classmate and Co-Founder of Public Comps. We were impressed by Jon’s entrepreneurial experience as one of the founding members of Nickson, as well as the analytical rigor of his work at Goldman Sachs and GE Capital. As we got to know Jon during his first year at HBS, we were impressed by his passion for venture capital, which resulted in our first collaboration.

Jon first worked with us as a collaborator and co-author on a project that became a published article, The Billion Dollar MBA. In this project, Jon helped to assemble and analyze the quantitative data for the project, enabling us to identify the unique characteristics of MBA alumni who go on to build billion-dollar businesses. The article also became a valuable primer for traits that we seek in MBA founders. Jon’s quantitative analysis skills, as well as attention to detail and passion for entrepreneurship, were evident in this project.

Jon worked with us in two capacities during his MBA program: first as a Summer Associate and secondly as an MBA Fellow as part of 645’s first MBA Fellowship class. We established both programs as a way to provide students with in-depth venture capital experience that exposes them to all aspects of the investment process, from deal sourcing to evaluation to due diligence and post-investment work. During the Summer Associate program, Jon worked on live reinvestment deals and analyses including Nectar ($130 million growth round) and Iterable ($200 million Series E round), helping conduct due diligence and helping our team become a prepared mind. During the Fellowship program, Jon helped our team screen deals and also build our deal pipeline, in addition to conducting company and market due diligence work.

Jon distinguished himself in both programs, and we’re excited to continue building on our collaboration as he joins us full-time. Our work with Jon is also representative of 645’s partnership with students from top MBA programs since the firm’s inception. Since we began the firm in 2014, we’ve prioritized working with MBA students as interns during the academic year and as summer associates. MBA students have done tremendous work for us over the years. Key contributors have included Lenore Beirne, who helped us create our Purpose, Mission and Core Values and now runs Bright Ventures; William Zhang, who performed valuable financial diligence for us and is now a Product Manager at Google; and Linda Lu, who helped to build our Research approach and now oversees Partnerships at Oasis Labs.

We’ve also reached out to university programs by establishing a partnership with the Black Venture Capital Consortium (BVCC), led by Malcolm Robinson. The BVCC is a program that recruits top students from HBCUs who are seeking to build careers in venture capital. We’ve had several top students from HBCUs join us over the past few summers. These students have done valuable company evaluation and due diligence work.

Jon will also play a key role in the evaluation of companies that have reached strong product-market fit, in particular at the follow-on stages. Jon’s strong quantitative skills, developed through his work at Goldman, will be valuable in this regard. This role is also representative of 645’s evolution. As we have grown and scaled our firm, we’ve grown our investment size, and we now can write checks of up to $6m at the initial or follow-on investment stages.

We’re evaluating companies that often have significant traction, customer cohort data, and financial performance that require more detailed analysis. These companies have enough traction to be compared to large private and public comparables. As we grow our firm and seek to make more investments in companies that have reached larger scale, we need to increase the analytical rigor of our investment approach.

Jon will play an important role in our due diligence evaluation of these opportunities. His background in quantitative analysis, plus the due diligence skills that he has honed through his work as an operator and an investor, will be valuable for us.

Please join us in welcoming Jon to the 645 team.